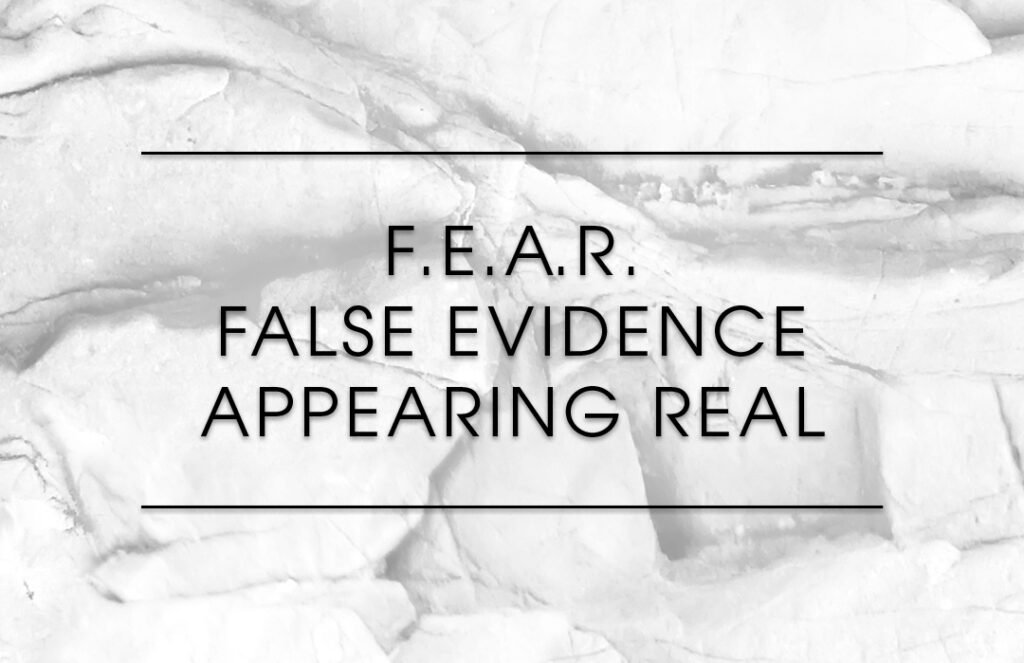 Fear – a word existing in many different languages and is associated with a tormenting feeling of panic, anxiety, and fight or flight.

Fear is a natural impulse to protect us from danger and from making stupid decisions. It helped the human species through rough times and to survive relentless nature. Eat or get eaten.
But when we understand the actual purpose of this feeling, we can start to find our peace with it. Fear can be a great protective mechanism, but on the flip side, fear is not a good advisor and makes humans make irrational decisions, hence why it can have such a destructive force. First, to understand fear, it’s the sign for our brain of imminent threat and followed by a spike in our cortisol levels (the stress hormone) to give us for a moment a quick peak in performance in strength, speed, or aggressiveness. But this response can also have severe side-effects, even physical body-sensations and illness. Often triggered by unrelated and non-harming situations and it can also be manipulated by others.

I’ve re-watched the other day the movie “Apocalypto” which is a fantastic movie with a deep philosophical meaning and a compelling story twist. In the beginning scene, there is an encounter of a group of hunters with another tribe, which are fleeing their land after being pillaged. They are desperate and torn by fear. One of the hunters, the son of the chief, sees the fear in the people’s faces, and it leaves a strong impression on him. Later on, when the son and the father return to their village, he says a line that stuck with me for quite a while:
“Deep rotting fear. They were infected by it. Did you see? Fear is a sickness. It will crawl into the soul of anyone who engages it. It has tainted your peace already. I did not raise you to see you live with fear… Strike it from your heart. Don’t bring it into the village”.

This quote has a powerful meaning. By comparing fear with an infectious disease we need to get rid of it before we infect others. The impulse of fear might have helped during the humans upbringing, but nowadays, it seems to be more hindering than helpful to us. Bad decisions are being made and panic is spread throughout the centuries because of this feeling.

I used to be a very fear and anxiety-driven person. My upbringing was very difficult. It didn’t make it easier for me to grow up in a house, which I swear was haunted, where you see and hear unexplainable things that defy our rules of physics. The house was located in a little town surrounded by deep forests with 3 stories, 14 bedrooms, plus basement and a side-building which was 3 stories, abandoned as well. It was not luxuries,  it was falling apart and more like a big construction zone with holes in the walls and ceilings. It had large sheds on the property filled with fire-wood that were always dark, no lights outside, and a pitch-black basement (where the refrigerator used to be). The basement was comparable to catacombs in darkness, where you would hear voices and see shadows move. It probably didn’t help me as a youg child to know, that people used to live as refugees in the house during the world war, and people apparently commited suicidein the attic. During this period of my life, whoever lived in the addict (friends, renters, or family members), turned insane after a while and became very hostile.

Long story short, it was a dark place that sometimes still gives me shivers. If that wasn’t enough already, my fear was fueled by traumatic experiences like almost dying rom drowning at the age of ten. It is an interesting feeling when you’re underwater and you know that the breath you just took is likely the last, you will ever take. Being stuck underneath a capsized boat in a heavy current water. The fear of water had an even more terrifying aspect of the “unknown” for me. I was always afraid in large bodies of water, wondering what’s lurking from below. I used to think that there are giant octopuses lurking from underneath.

I’ve used to sleep with all my lights on until the age of fourteen. Until this one night. It was around 3 AM that night and it became so unbearable for me to live with these fears and anxiety. It reduced my life-quality drastically, and I couldn’t take it anymore!
That night, I got up out of bed, put my clothes, boots, and jacket on, to sneak out of the house. I went out and walked about an hour out into a deep forest nearby. No lights, no civilization, utter darkness except for a dim cast by the moon. It was terrifying–but I knew that it could not go on like this. So I went as deep into the forest as I could go and I stood there. Then I yelled into the dark forest that whatever is out there, lurking, praying on me, or whatever should come out NOW! Give your best shot, I’m here, and I’m ready, let’s get it over with. But if whatever is or might be out there has not the guts to come out right now, then leave me alone for the rest of my life.

Guess what happened? Nothing.
I was standing there in the dark forest, and I hear nothing, even the noises which were probably caused by the wild animals there were gone. I must have scared off any animal and little critter in a mile radius by yelling like a lunatic in the forest in the middle of the night. It was still and quiet. That moment I realized that I was most likely the most intimidating predator. All the other animals must have been scared off. I was the most scariest thing for most life-forms at this moment. But I also just acted out of fear.

That made me think that my fear was simply a lack of understanding and actually a fear of the “unknown.”
That night I walked back home, and my fear was gone. Nothing, including horror movies, jump-shock, close calls on the freeway, darkness, ghosts, or even the thought of my physical death, didn’t scare me anymore. It was a liberation, born out of pure surrender.

A symbol for that was my first tattoo, which I got from my friend and colleague David a few years later: An Octopus over my entire back, including ribs, head, and shoulders. After understanding these fascinating and highly intelligent, elegant, and adaptive creatures. I’ve even conquered another fear, the fear of committing to something painful by getting my first tattoo. It took about 30 hours throughout the months to finish the entire piece. The Octopus is the symbol for this human fear in general of “the unknown”. How many illustyraitons and drawings are there of a giant octopus ataccing humans and all the folklore around that.

Conquering my fears became a habit for me ever since, like facing my fear of water by diving and surfing, even at night in the middle of the ocean. I was moving to another country by myself, being self-employed since I’m out of high school at the age of 19, or skydiving to overcome my vertigo and fear of heights. Well, the vertigo is still unaffected, but at least I don’t associate a fear with heights anymore. It’s a truly liberating feeling to lose your fears and to surrender and to accept whatever comes. Making the right decisions, but also not dreading a possible wrong choice.

Ask yourself or share in the comment section: What would you do if you weren’t afraid? Maybe it’s an excellent time to challenge your fear and break free.

Have a great day.

We appreciate your message, and we will get back to you shortly.