Daniel Meyer is a German-born artist currently residing in Central Coast, California. Daniel started his first line of work as a designer at the age of sixteen and by the age of twenty-five, he passed his certification exam and started his first company with his brother in 2004. Since then he worked for many renowned companies and by 2010, Daniel decided that he wanted to pursue a new career path as he is now a self-taught tattoo artist.

His vision is to create designs for his clients which have symbolic meaning in their lives, that add value, and which could be interpreted as a diary of their life stories. Stories in which to strengthen the client’s vision and to hold these symbols as markers or representations of their life experiences.

His work is strictly in black and grey and which embodies his unique style as his techniques incorporate fine lines and dotwork shading. The main elements of creations evolve around natural organic textures and mathematical precision of geometric elements which is to create the counterbalance between both opposing forces; natural and organic.

Daniel’s work has been published in various magazines like the Tätowier Magazin, Urban Ink Magazine, TattooFest, SkinDeep, and many other nationally and internationally, as he even had appearances on television and got voted by LA weekly as the best tattoo artist in 2015 in Los Angeles upon due to his first arrival in the states. Learn how to use digital workflow for your tattoo-designs (Essentials)

This course will show you my most efficient workflow in Adobe Photoshop and time-savers I’ve used for over sixteen years as a professional designer and tattoo artist. 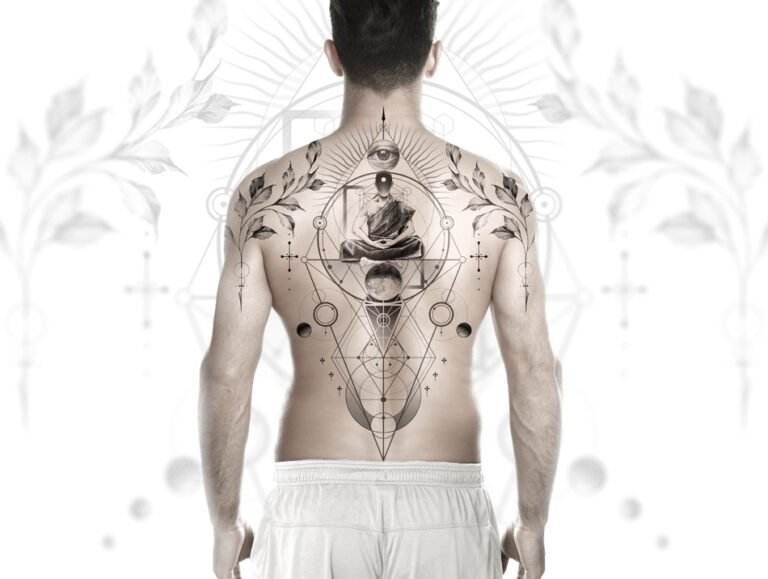 I’m happy to announce that I just finished a brand new design pack with 20 unique geometric design elements, to use in your personal art 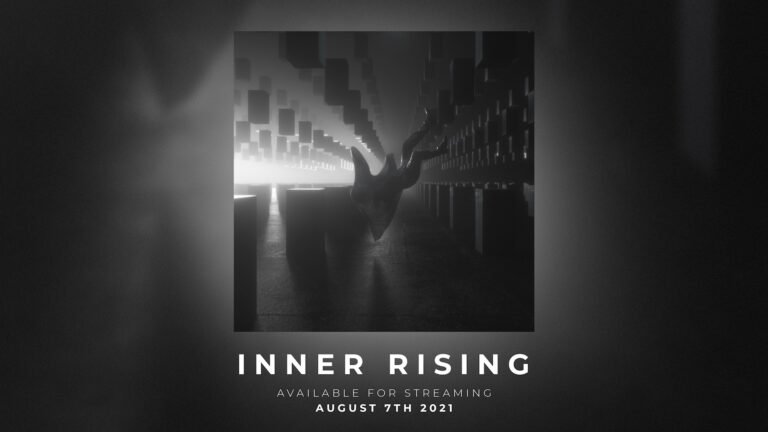 https://youtu.be/E6ya-bn3OWo My first song “Inner Rising” comes with a heavy 4/4 drum and Bassline. I want to create a high energetic driving beat to create Thank you for reaching out and for your interest in making an appointment with me. I’m writing this blog post to give you an idea

To book an appointment, please use the following form. This will help me for a better and faster consultation. For any other inquiries, please contact my assistant via contact@danielmeyertattoo.com.

My experience with having Daniel design and tattoo my half sleeve was great. He is very professional and spares no expense when it comes to tattooing and after-care. He was very easy to talk to, understanding, and considerate of what i wanted. I would love to have more work done by him.
Joseph Jimenez
As I did research, I came upon Daniel's work and instantly knew I was going to get my first tattoo from him. He made sure to get to know me on a personal level before he started tattooing which shows he really cares about his clients. Daniel has definitely captured the essence of how I wanted my tattoo! Trust in his design creativity and you will not be disappointed! Thank you again, my friend!
Steven Kim
Daniel has a gifted ability to connect with my visions and turn them into one of a kind pieces of art. At my first appointment with Daniel, he welcomed me as a friend by getting to know me and understanding my interests before our session began. I know that this patience, coupled withhis skilled artistic ability are why he consistently produces tattoos that make me feel unique, empowered and beautiful. I'm always looking forward to the next time I get to work with Daniel!
Chinna (Gangadharan)
Daniel is a master of his craft. I came to Daniel with a rough vision of what I wanted for my tattoos and trusted in his creativity and genius skill to produce amazing work. Through 5 tattoo sessions and and many deep and interesting conversations with Daniel, my half sleeves on both arms were complete, and I was truly amazed with the results. Everywhere I seem to go people are amazed at my tattoos. They are a truly unique and masterful pieces of art. Thank you Daniel, you are a legend!
Jackson Rowe
There's something unnerving about flying literally across the entire country to get tattoo you've never seen from a man you've never met, so needless to say I was somewhat anxious as I went to my appointment. Upon arriving my fears quickly dissipated, however, as Daniel was extremely welcoming and friendly, taking some time to talk before getting into the actual tattooing so we could get to know one another a bit. He's a very cool, laid back person; weird in all the ways you might expect. He has a good sense of humor and a keen mind, which is great since you've inevitably got to spend a good number of hours in his company. I couldn't be happier with my tattoo, and this was one of the best tattooing experiences I've ever had.
Matt Explosion
With each tattoo I'm taking a part of the artist in my body forever. Getting tattoos is a unique experience and having connection with the artist is even more important. Daniel’s talent makes the creation process so easy. I got there with a vagueidea and he just made something big. His work is so clean, hygienic and awesome.
Noemi Peraza
Daniel Meyer is an extraordinary tattoo artist with incredible technical skill. What sets him apart in my mind is his uncanny ability to take an individual's highly personal story and turn it into an artistic visual narrative. Daniel took the time to learn about me and what I wanted to say with my body art and has created designs for me that perfectly convey that message. I look forward to the hours we spend together while he works on me and our far ranging conversations. With his razor sharp skills, keen intellect, and perceptive creativity, I could not recommend him more highly.
John Hatton
My experience getting tattooed by Daniel Meyer, is one of personal growth.  His ability to create images that go beyond expectations and truly define the emotions of art and the interconnection the client has with it, is next level.  Every time I get the opportunity to work with Daniel, I get to evolve into something more. The way he works with the client to develop something meaningful is a skill that not many possess and I look forward to working with him more.  Thank you Daniel, for your work, skill, and talent.
Ben Strahan
I did the entire tattoo sleeve with Daniel. He’s a phenomenal graphic designer which was the main reason for me to do the tattoo with him in the first place. We met, discussed the design, and spoke how it would translate to my forearm. He is highly experienced and made each of our four sessions (each lasting approx. six hours) great and incredibly easy. This being my first tattoo, he was very patient and willing to answer any questions or concerns with great knowledge about the art design; and made me feel great that what we were doing was something really special. His attention to details is amazing and I look forward to my next tattoo!
DC
Previous
Next

We appreciate your message, and we will get back to you shortly.